More control over your company's network 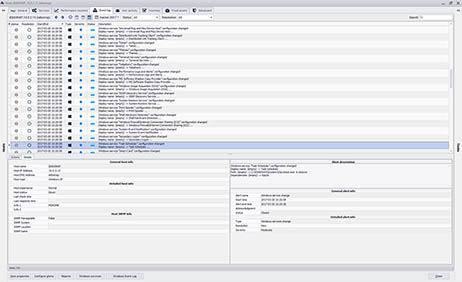 Windows Task Scheduler and Windows services monitoring brings new possibilities of warning about Trojan horses and worms which stitches up in system services. Common malware – Zlob or Stuxnet – acts like this– and their aim is to sustain in computer memory. New feature enables to configure alerts about new entries on both of lists. 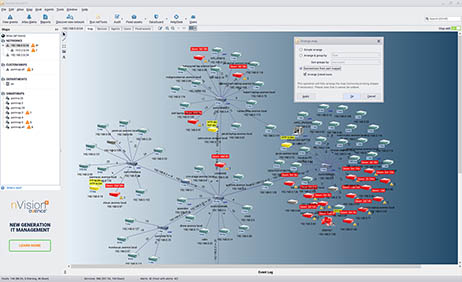 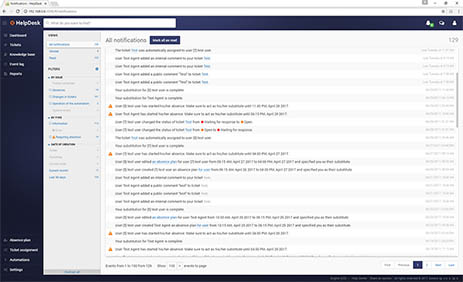 Rebuilded notifications in HelpDesk module – intuitive and modern design of event system list together with history.

Axence and its providers use cookies and similar technologies to provide the users with greater comfort of use and analyze their interactions with our websites, products and services. We also use them to ensure better search for information, as well as in advertisements on this and other websites. If you agree, click on the “I agree” button. In order to limit the sharing, click on the link to adapt the settings. You can change the settings in the website footer at any time.
I accept Adapt settings

If you allow us to collect cookies, we will be able to analyze traffic on the website, and thus create a website that is convenient to you and where you can easily find the information you need. These data will only be used for internal purposes of Axence.

They are always enabled because they allow the basic operation of the Axence.net website

If you allow us to collect cookies, we will be able to analyze the traffic on the site, and thus create a website that will be convenient for you and on which you will easily find the information you need. This data will be used only for Axence's internal needs.

We use tools for counting, tracking and analyzing visits. This will help us understand how users use the site and where we should make improvements.